Hungry Filmakers V: Tickets On Sale for May 16 Screening!

Hungry Filmmakers V kicks off the spring season at Anthology Film Archives on May 16, with our latest installment of film screenings/discussions of seven unique, up-and-coming food-related films.
The films:
·       Mumford Farms by Anna Mumford
·       The Iraqi Seed Project by Emma Piper-Burket
·       Bag It by Suzan Beraza
·       Pig Business by Tracy Worcestor
·       Chow Down by Julia Grayer and Gage Johnston
·       Meat Hooked by Suzanne Wasserman
·       Kings of Pastry by Chris Hegedus and D A Pennebaker
When:          May 16, 2011, at 7:00PM
Anthology Film Archives
32 2nd Ave
New York, NY 10003
The panel will be moderated by George C. Stoney, NYU Professor Emeritus and legendary documentary filmmaker.
Doors open at 6:30 p.m., films start promptly at 7 p.m. Tickets are $15, and are available for advance purchase at Brown Paper Tickets. Admission includes films, the panel hosted by George Stoney, and a post-event reception with Lagunitas beer, wine, and snacks.
Posted by Astrid at 5:41 AM 5 comments:

Online tickets for tonight's Hungry Filmmakers are no longer on sale. HOWEVER, there will be tickets available at the door. Doors open at 7:00 PM. 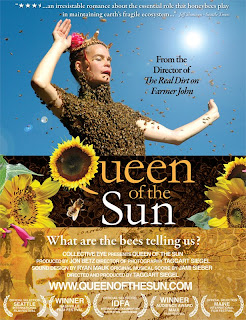 Queen of the Sun:

From the director of The Real Dirt on Farmer John comes a profound, alternative look at the tragic global bee crisis. Juxtaposing the catastrophic disappearance of bees with the mysterious world of the beehive, Queen of the Sun weaves an unusual and dramatic story of the heart-felt struggles of beekeepers, scientists and philosophers from around the world. Featuring Michael Pollan, Gunther Hauk and Vandana Shiva, Queen of the Sun reveals both the problems and the solutions in renewing a culture in balance with nature.

Based on the ground-breaking book by Maude Barlow and Tony Clarke, Executive Produced by Mark Achbar (The Corporation) and Si Litvinoff (The Man Who Fell to Earth), narrated by Malcolm McDowell, Blue Gold: World Water Wars sheds light on the world’s rapidly approaching water crisis and suggests that wars of the future will be fought over water, as they today over oil, as the source of all life enters the global marketplace and political arena. 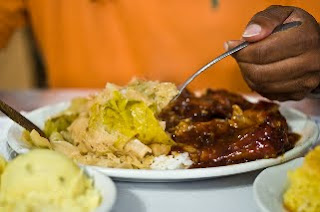 Filmmaker Byron Hurt explores the health advantages and disadvantages of Soul Food, a quintessential American cuisine. Soul food will also be used as the lens to investigate the dark side of the food industry and the growing food justice movement that has been born in its wake.

An adventure in modern day hunting and gathering, following three carnivorous women's quests to face their fears, load their guns, and meet their meat. Travel through ranches in Texas, valleys in California wine country, grasslands in Argentina, & South African bush country; mastering a series of hunting techniques: using rifles, shotguns, bows. A sustainable chef from each region provides a menu; a guide teaches the tactical skills of tracking and stalking. The women explore emotional and physical implications of modern meat consumption by embracing the process of field-dressing and skinning, apprenticing under their chef’s guidance, and ultimately hosting a captivating, at times contentious, dinner party, sharing their spoils with chefs, crew and surprise dinner guests over a beautiful feast.

Using photos and footage from some of the best documentary photographers in the business,Starved for Attention is seven short films about childhood malnutrition around the world. Doctors Without Borders has started a petition to press governments to do more to combat malnutrition. If you were moved by the film or agree with its themes, please add your signature. 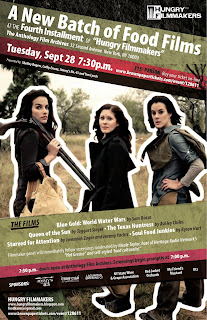 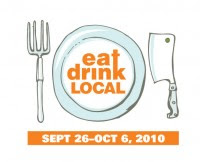 New York's finest gathering of film and food will return for its fourth program at
Anthology Film Archives on September 28, 2010. The event was founded with the aim of drawing more audiences to up-and-coming documentary films and the urgent food-related topics they concern in a lively atmosphere that promotes discussion. Hungry Filmmakers is proud to participate in Eat, Drink Local Week, a week-long celebration of food throughout the city.

Hungry Filmmakers IV schedule includes films that explore fascinating niches of our food culture. From evaluating the healthy advantages and disadvantages of Southern food in Byron Hurt's Soul Food Junkies, to a profound look at beekeeping in Taggart Siegel's Queen of the Sun; a feminist tale of hunting in Ashley Chiles' The Texas Huntress, and the troubled state of our water supply in Sam Bozzo's Blue Gold, Hungry Filmmakers IV will offer a smorgasbord of cinematic feast. Starved for Attention exposes the neglected and largely invisible crisis of childhood malnutrition. 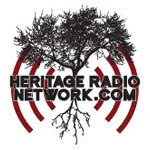 Audiences experience a dynamic ten-minute excerpt from each film, followed by a panel discussion with the filmmakers or representatives from each. The panel will be moderated by Nicole Taylor, host of Heritage Radio Network's “Hot Grease” and self-styled “food culturalist.”

Wine, beer and hors d'oeuvres will be served in the lobby after the program. Our sponsors include: Jimmy's No. 43, Lagunitas Beer, NY State Wine & Grape Association, Red Jacket Orchards, My Friend's Mustard and Utz.

Tickets are available for advance purchase at: Brown Paper Tickets.

Hungry Filmmakers is a not-for-profit event hosted by Shelley Rogers, Cathy Erway, Tim Lynch and Jimmy’s No. 43. Donations will be made to Just Food and Brooklyn Food Coalition, organizations dedicated to improving access to fresh, seasonal, sustainable food for all New York City residents.
Posted by Jimmy's No 43 at 9:10 AM 7 comments:

Tickets for Hungry Filmmakers on September 28

The ticket link is now up for the next installment of Hungry Filmmakers on September 28. The doors open at 7:00 and screenings begin at 7:30 PM at Anthology Film Archives at 32 2nd Avenue in NYC. Check out the sites for our charity partners Just Food and Brooklyn Food Coalition and buy your tickets today.
Posted by Jimmy's No 43 at 8:37 AM No comments:

The Next Hungry Filmmakers is September 28, 2010

Celebrate Eat, Drink Local Week with Edible Manhattan and join us for the next Hungry Filmmakers on September 28th. Updates on the films, filmmakers, tickets and special guests will be here soon!
Posted by Jimmy's No 43 at 11:09 AM 4 comments: